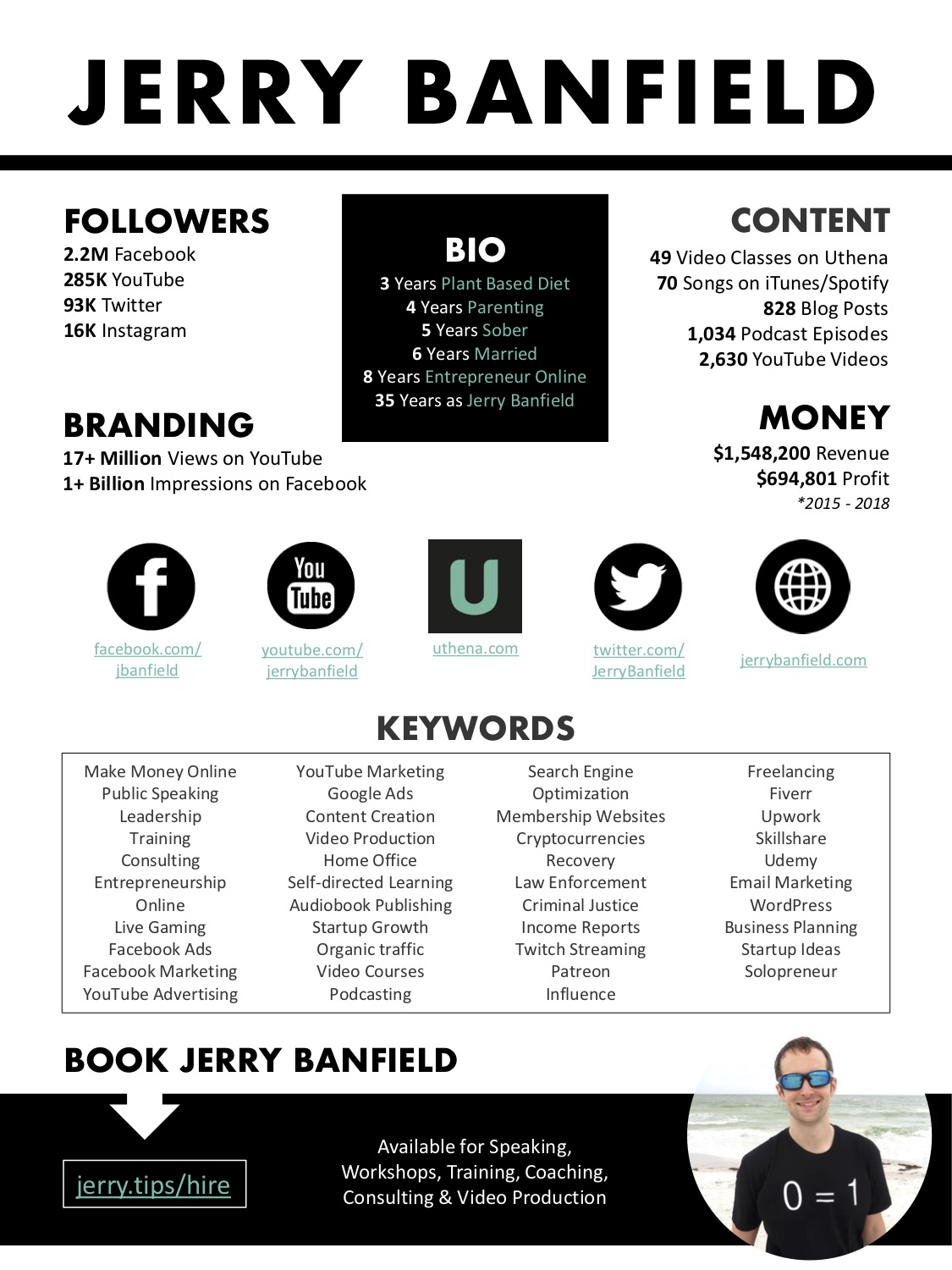 When I was researching how to get my website built for my psychotherapy and coaching business, I was prepared to hire a company for thousands of dollars to build my website and host it. Fortunately, I had hired Jerry beforehand for a series of calls and asked for his advice on the best method to get my website built during one of our first calls. Jerry suggested I try hiring a freelancer on Upwork, getting my own hosting, and making a few videos to transcribe for my content. Clients now consistently watch my videos before booking appointments and my hosting cost is 90% less than what I was going to pay the hosting company. You will love hiring Jerry to help you plan your business and stay accountable for your development!

A few months into teaching online, I hired Jerry to help me build my income which at the time was a few hundred pounds a month. My initial goal was to pay my rent and I figured a call with Jerry might help me find some strategies for success. As we kept talking and I kept following his suggestions, my sales consistently grew first over a thousand pounds a month and now more than 12 times what I started with when I began working with Jerry. I now have my own course hosting with multiple instructors onboard and several bestselling courses along with my own video editor and collaborations with some of the best in the world. Jerry's advice consistently has worked and we talk almost every week today after now seeing each other in person 3 times despite living across an Ocean! If you want to build your online teaching business, Jerry's coaching may be the best value in the world for the cost versus the results!
We suggest moving this party over to a full size window.
You'll enjoy it way more.
Close
Go Fullscreen