In this course I'll teach you how to self-publish a children's book in Kindle eBook and Print on Demand (POD) paperback format and how to place your book on sale on Amazon alongside the greats like Rowlings, Dahl and E. B White.

In this course you'll learn to:

There is more, but the rest is in the course...

So, if you're ready to pull your words and illustrations together to tell your story, I'm ready to show you how to share your story with the world.

What Students Will Learn: 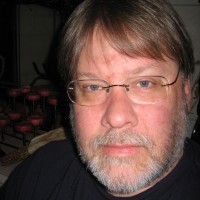 I was born the middle of the last century in Los Angeles, California.

After moving for a time to the Silicon Valley, I graduated from Humboldt State University amid the redwoods of Northern California.

Two weeks after graduation I was working as a computer systems programmer for Lockheed Missiles and Space (LMSC) back in the Silicon Valley.  Two months after that and I was married as I have been happily  ever since (for 38 years).

After 14 years at Lockheed I moved from working on IBM mainframes to using PCs running the Unix operating system and encountered a thing called the Internet.  Cisco Systems seemed to be the right place to work, so I joined the company as their 650th employee.  Eleven years later Cisco had grown to over 20,000 employees.

I retired at the age of 48 and instantly became bored!

Throughout my professional career I'd always enjoyed both writing and providing technical training.  So, I attended creative writing classes at my local junior college and began to write.

I managed to write and self-publish a handful of books, but things didn't take off until my wife, Melanie Jackson, an established author with a New York company, left traditional publishing to join me in self-publishing.

In 8 years, from 2010 to now, Melanie and I have made half-a-million dollars self-publishing well over 100 books.  I also managed to record a pair of audiobooks for Amazon and Audible sale.

By 2014, our rapid rise to Kindle fame had already dwindled.  I decided to pursue my second passion of giving training presentations.

Since 2014 I've published over 40+ online video training courses for training sites such as Udemy and SkillShare. My goal is to provide low cost high quality screen cast based educational material focusing on my areas of expertise; namely, self-publishing and book cover design using the GIMP.  I continue to expand my video training catalog while focusing some energy on resurrecting our flagging book sales using various marketing techniques.  Finally, I spend a portion of my time maintaining both my website and my wife’s website, which was developed using WordPress.

I currently live in the beautiful California wine country with my lovely wife and Butterscotch the cat.

I'll see you in the classroom,