Develop and Conterize Application for Docker.

Convert your application into a Docker Application.

After taking this course, you'll be able to:

Why shall we learn Docker technologies:

Docker software is on the bleeding edge of technology today.  It is also one of the most compelling technologies of the last decade in terms of its disruption to software development, operations, systems architecture, testing and compliance practices.

Docker is becoming a must tool for developers. containers and the Docker’s approach gives you the opportunity to work without any need of dependencies. Docker allows developers to focus on the things which actually matter without worrying about the environment where the application runs.

Tons of companies are using docker in production, today you have access to that same virtualization technology right on your desktop.

Nowadays DevOps engineers are in great demand in the IT industry. Companies are looking for developers who can both develop and deploy the applications.

The average salary of a DevOps engineer is about $140,000 per year in the Silicon Valley area which is 20% higher than the salary of a software engineer.

Master DevOps Skills means you will be staying ahead in the competitive job market!

Some of the many cool things you'll do in this course:

Are you ready to take your DevOps skills and career to the next level, take this course now! 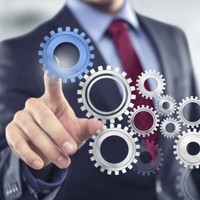 Hi, I am Anshul. I am an online Instructor since 2016 and I am working Professional in Siemens Corp, New Delhi, India.
My core expertise are DevOps and Cloud Development with Test Automation and CI Pipeline. I am graduate from Delhi University in Computer Science Engineering in 2012.