Want to learn Ethical Hacking, Penetration Testing, Network Hacking, Web Server and Website Hacking. Even if you want to learn about!! How to exploit the victim machine. Or want to investigate like a security analyzer.

Once you finish this course you will be able to work as a security analyst to help the people and companies to secure their things from hacking.

This course this going to give you all the knowledge, how exactly the Ethical hacker and Black hat hackers get into the system of security.

We will start with the introduction part where you will be given knowledge about, what is ethical hacking, Types of hackers, types of hacking, and which all those terminologies come under ethical hacking. Once you finished that then you will learn the basic commands of Kali Linux how to run each command of the terminal. How to update to Kali Linux with application and tools.

Next coming to basic networking. Here you will be learning command which will help in hacking and how to Change the wireless adapter connection, changing of mac address and how to get into the monitor mode before going to attack the wifi network.

once you come to know the basics working of Kali Linux and networking, then you will be able to gather the information exactly like black hat hacker do to attack a targeted system. And this information is divided into active and passive and we are going to gather information of domain, website, web server and also even the peoples.

You will learn how to exploit the system by creating a malicious backdoor and trojan horse. and also even how to send malware or payload to the victim. and in the same section, you will be learning. How to create a different type of backdoor like PDF, word document, excel, and also by sending updates to the targeted system.

Even we are going to hide payload behind the image or any file send it to the victim so when he clicks on it. he may not know where its payload or images. so once we gain access to the targeted system. we will be moving to the post-exploitation  and have some fun with it,  like we are to create a key-logger, get access to the files which are present and download the important documents. and even create some dirs getting accessing to webcams. We are going to make use Metasploit module to get the information of the targeted system. 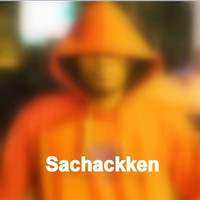 Hello, I'm Sac. I work on ethical hacking, organize security, windows penetration testing, Web Application Security and furthermore finding the bugs and answering to the organisations, so fundamentally we are ethical hackers.

I have a decent involvement in ethical hacking. I have gotten great criticism frame our customer since they asked how would you do these things I began making a video on moral hacking which leads them to self-finding out about ethical hacking. I  generally furnish you with up and coming information on security and ethical hacking.

WHAT I WANT TO GIVE YOU?

I am giving you more case over security explore clarifying the hypothesis behind each technique. what's more, we will by what means these securities inquire about things can be utilized as a part of your genuine.