The purpose of this video class is to teach you the most valuable skills I learned in "Deadmau5 Teaches Electronic Music Production Masterclass" in just thirty minutes!

To begin, would you listen to my quick summary of Deadmau5 Teaches Electronic Music Production Masterclass? Next, you might enjoy the skills I think are valuable for making electronic music based on what I learned in the class followed by stories Deadmau5 shares that I enjoyed. Then, I think sharing the context for my journey in learning electronic music production combined with the actions I took as a result of watching the videos in Deadmau5's masterclass will be really helpful for you in your own adventure in producing music! Finally, finish strong with a look at the challenges I faced using this masterclass, a class project, and a thank you for watching!

If you would like to buy the "Deadmau5 Teaches Electronic Music Production Masterclass" would you please use my affiliate link through ShareASale at http://jerry.tips/deadmau5mc because I get $25 when you use my link? The price is the same for you either way with the difference being you might feel good knowing you are helping me when you buy the class with my link!

Thank you very much for reading about my first SHORTCUT style class where I hope to communicate the skills I spent hours learning to you in just about 30 minutes of your time! If you have never heard of Deadmau5, that's okay because prior to taking his masterclass I had never heard of him either! Here is a bit more about him from selected parts of his Wikipedia page at https://en.wikipedia.org/wiki/Deadmau5

Joel Thomas Zimmerman was born January 5, 1981. His stage name is deadmau5 which is pronounced "dead mouse." Joel is a Canadian record producer and DJ from Toronto, Ontario working in variety of styles within the progressive house genre and sometimes other forms of electronic music. His music career began in the 1990s and he chose his name because a mouse died inside his computer. "Get Scraped" released on July 26, 2005 was Joel's first album nearly ten years after he started trying to make music.

Joel has received six Grammy Award nominations for his music and has worked with other DJs and producers, such as Kaskade, MC Flipside, Rob Swire, Wolfgang Gartner, Duda, Tommy Lee, and DJ Aero. Deadmau5 is currently one of the highest paid electronic music producers in the world according to Forbes. His albums include Vexillology, mau5trap, Random Album Title, For Lack of a Better Name, 4x4=12, > album title goes here <, Astralwerks, 7 EP, while (1<2), and W:/2016ALBUM/. My favorite songs by Deadmau5 are My Pet Coelacanth and Infra Turbo Pigcart Racer. 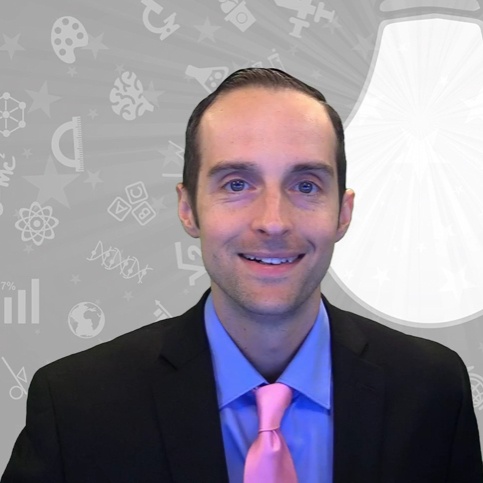 I started my business in 2011 to help others overcome the same problems I struggled with starting with addiction, relationships, and money. After accumlating $100,000+ in debt to stay in business, I discovered teaching online in 2014. Within three years, I produced 3,000+ video tutorials and paid off all the debt while struggling to maintain ongoing relationships with my students. To help students and instructors grow better together, we launched Uthena in 2019 as the first marketplace offering the ability to publish free offers, courses, memberships, and services all in one place! I am grateful today for 5 years sober, 3 years plant based diet, 6 years married, 3 years parenting, and 7 years as an entrepreneur online with 2,300+ YouTube videos, 21 books, 680+ blog posts, 800+ podcast episodes, 70 songs on iTunes/Spotify, and 57+ video courses where I am the primary instructor on Uthena! Enroll in the course today and post a discussion to ask me a question or become a Jerry Banfield partner to join a community of 33 entrepreneurs like me which includes weekly voice calls and private group chats online!

This course is available with Private Label Rights (PLR).

When you buy a course with private label rights on Uthena, the author of the course gives you permission to download the course and sell it as your own on your website according to the terms of the PLR license included.

After purchasing, you will have access to the course on Uthena and you will receive the PLR license with a download link and a special bonus.

See a sample of the PLR license.

You have the option to buy Master Resell Rights (MRR) to this course, which allows your customers to have the right to sell the course as well.

See a sample of the MRR license.

You can buy Private Label Rights (PLR) for this course and others, click here.

You can buy Master Resell Rights (MRR) for this course and others, click here.